I recently hosted Billy Gene Shaw III. If you’re into marketing you know his name — and our Funnelytics.io crew definitely does! We spoke with Billy about where it all started for him, his success and how he defines entrepreneurship.

You can watch the full interview below… or read on!

For those of you who live and breathe marketing like we do, you know that Billy Gene Shaw III is in his own right, a legend. He’s at the top of the online marketing game and when we asked him how it all began he said it was just like anyone else. Billy was raised in home with two earnest and determined working parents. They knew what it was to sacrifice because his mom and dad were raised on welfare. Through their own grit and determination (his dad was a hard-working car salesman) they raised him to afford, “a solid upbringing” that included good schooling and eventually college. College didn’t work out and he dropped out before moved back in with his parents. It was living with his parents that pushed Billy to start creating something for himself. “Every time they would walk by my room, my room was upstairs, they would talk shit. Like, I was just playing video games upstairs the whole time.”

The thought that his parents felt he was slacking was what really sparked the fire inside him. His vision and the subsequent clarity he finally felt towards his goals came from a place of being able to prove something to his parents and “shut them up”. In those early days Billy was only hungry for one thing, cash. He learned how to be successful at a new form of marketing, Facebook advertisements, and took any jobs he could get. The one job that really set him up for success was a video he recorded of himself putting together an ad for a company. From there, interested viewers queued up to work with him or try to understand his success. With his newfound drive and those interested parties filling up his schedule he was able move out of his parent’s place. He set up his own workspace in a new apartment in San Diego’s Little Italy. It’s there where the advertising work really piled up and he decided to bring in a few close friends to help him with the onslaught. They had fun and were busy and the good times were so good so profitable that they had to shift to a bigger office space. He and his team decided that teaching might be their next potential avenue but Billy wasn’t for it.

In his initial start up days with Billy being so fresh to this new market, he was flying by the handle, learning and succeeding where he could with the knowledge he was gaining. He didn’t even think to consider himself an ‘agency’ and forwent that term of authority because he simply considered himself a guy that was good at selling things online. It took being on the phone with another company and having business owners ask if he was an agency that he realized he could and should call himself as such. Despite this new sense of authority and experience he realized that he just hated teaching. He knew that his hustle to get to where he currently stood had taught him a lot. He learned how to handle consulting, teaching and agency work because his early-days clients had varied needs.

Those varied needs were fueled by Billy’s only need, to make money, which meant adapting and learning how to handle the work he accepted. He spent years work on making himself a success with Facebook ads and was so good at it that Facebook flew him to their headquarters to brainstorm new policies. His dedication to self teach lead to larger clientele and bigger profits but also to frustrations. People would ask him to explain over the phone how he went about making and utilizing his Facebook ads. This hustle and knowledge had taken him three years to excel at and wasn’t a quick phone conversation to detail. It took him awhile to realize that his real frustrations with teaching people came from his ignorance of how to teach them. His format in teaching and his structure were off but with a friend’s insistence they put together a webinar for clients. This webinar netted them $83k in a day and Billy decided teaching wasn’t so bad after all (He just dropped $650k on office renovations and a studio for teaching).

Billy is passionate about bringing to people the knowledge to get things done. He believes in the power of entrepreneurship but he wants to impress upon people the reality of it. He knows it’s not just finding your niche then instant success and it definitely isn’t just “hard work”. Billy sees entrepreneurship as more than work but the ability to make sacrifices. “You’ll notice, if you follow almost any entrepreneur story, almost any of them. There was a certain time in their life that they had to sacrifice friends, family, comfort, relationships, money.” His biggest pet peeve is the mindset some have of feeling they should never need to work for someone else again. He can tell who is successful or has the right state of mind by the way they treat the thought of working for someone else. “It’s just is the biggest tell to me because anyone who’s successful, the one thing they will tell you is they’ve never done it by themselves, and it’s always a team that gets them across the road.” For him, it’s totally fine if a person doesn’t want to be an entrepreneur, “It’s okay to be the number two, three, four, five, six, seven, eight, tenth person at a company that really loves your time and the income that you’re making and everything that’s happening.”

Beyond the grit and vision needed by someone to succeed in creating their own business Billy knows there’s is a fatal flaw that even he was weak to; Trying to figure things out on your own. The idea that the challenges you face are yours and no one else has ever experience what you have is 100% the attitude that is going to hold you back. Hiding your feelings and fears away isn’t the way forward. Asking for help from your friends and peers is the stronger move.“Be transparent because everyone goes through problems, and ironically enough, that’s when you usually get the most momentum. That’s when people want to buy from you. That’s when people want to be around with you.”

He went on to talk about the importance of mentors and how there’s no one person who can have all the answers for you. With the changing landscape of business, where new problems can pop up daily, it’s best to have different people who can mentor you on those varied issues. Billy impressed that it’s crucial to not just trust someone because they own their own business, “There’s so many people have businesses, but they’re struggling, and you’re taking advice from them.” Make sure the people you’re asking advice of actually know their shit.

Bill is an expert in his own field after years of grinding to reach his current status. He believes that with the amount of views his videos have received (300 million across different social platforms) that a lot of entrepreneurs have seen his marketing ads. From his standpoint it’s wild that he’s come so far. He’s gone from trying to make any money in any way he could in the ad game to advertising on billboards around San Diego. There are even people calling his name when he steps outside. He’s learned how to play the game and has blown up the scene with his video advertising abilities. To him being successful in the online arena means you have a few different mindsets to single in on. In his world you have to be forward thinking. You need to know what’s working and understanding the social climate is key.

As an advertiser you need to focus on what’s going to keep people on the platform. Is the ad that you’re supplying keeping them interested? You can achieve this by knowing your market i.e What is entertaining the masses? Focus on the entertainment factor. You then have to fight to be remembered. Billy does this by checking Google Trends and feeling for the pulse of the online world on a global scale. For example, knowing his market is entrepreneurs he released a video called Wolf of Paid Advertising. He knew his followers were big into marketing and likely had seen or knew of the movie Wolf of Wall Street. Billy insisted it’s not all about reinventing the wheel to create a hot ad that gets views. It’s more about knowing what’s in and making it work for you. It’s about being clever and it’s also about timing. For Billy, he can strategically release a video like his “The Greatest Showman” that pays homage to the Hugh Jackman movie. Releasing it while it’s at the height of its online trailer hype means that his video also shows up when people search for the movie. In short: follow the trends and ride their waves.

To learn more about Billy, his work, his insights on marketing and his backstory check out our video interview with him above!

You can also download the one page (okay, it’s two!) synopsis of my chat with Billy by showing us a little love below! 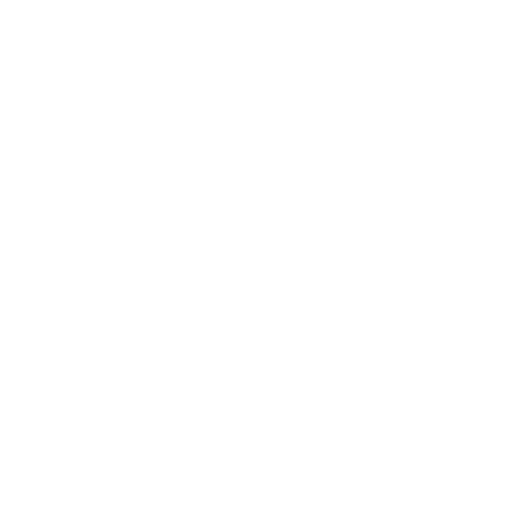 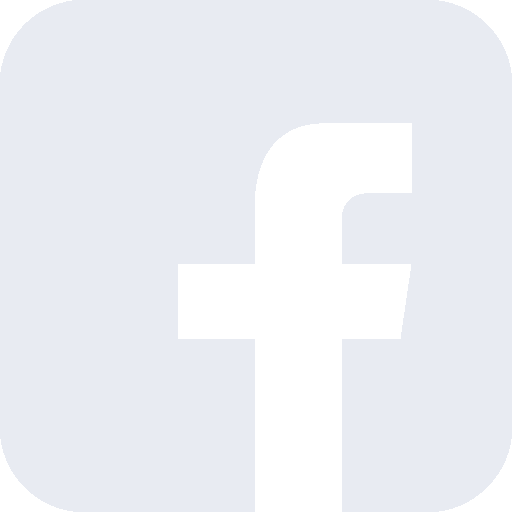 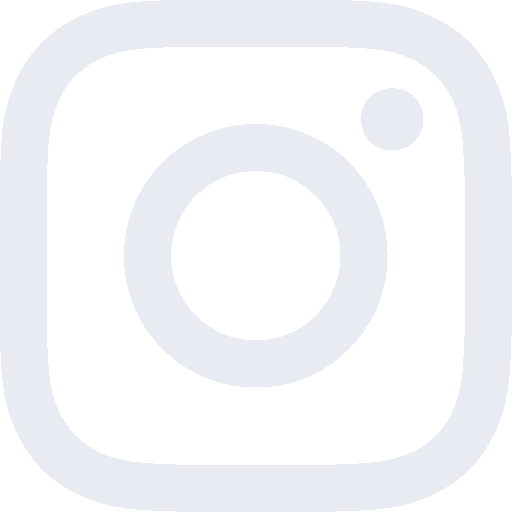 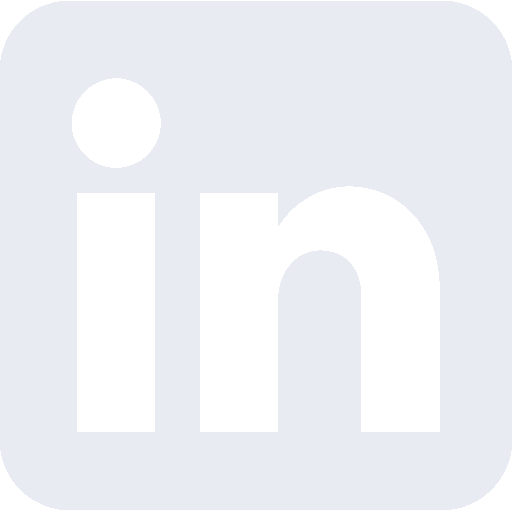